This is an adaptation of a Reddit post covering the first watch project that I sort of documented as a test to gauge interest in this subject. Due to the way this post ended up on the blog, its format is a little different from the upcoming posts. With that heads-up out of the way let’s get started on the first post to start warming things up on the site…

I recently decided to take on watch repair as a hobby and have been fixing up some old watches. I was just finishing up my most recent project and figured that I’d try sharing the before and after.

I picked up this Seiko 7019-7070 with kanji wheel that was manufactured around October 1970. It was pretty beat up and wouldn’t run for more than a few seconds; it definitely has never been serviced in its 47 years.

Although it could look better I am quite pleased with how it turned out as a novice. I know everyone denigrates watch case polishing, which I just did to this watch, but it looked like crap before and the Actus is supposed to be loud so I thought it fitting to restore the shine on the case. There is still a small ding at 2 o-clock but I didn’t think it was worth trying to sand through so I left it. The dial cleaned up easily except for a small blotch in the patina which I didn’t think would be possible to fix. I tried to sand and polish the scratches from the watch glass but that was a useless endeavor and I ended up installing a new one; lesson learned.

The movement needed a good cleaning, a bushing adjusted, and I had to scrap a couple screws from a donor movement to replace some that shot into space. The balance amplitude seems a little low which cost me a ton of time in troubleshooting. After a lot of research I eventually concluded that this looks like it may be normal for Seiko 5s so I decided to stop messing with it. Regardless, its keeping time to +12.5s/d on the wrist with an acceptable power reserve which, to me, is good enough for a cheap vintage watch. Unfortunately, since i thought to make this post after everything was done, I didn’t take photos of the movement while I was working on it so you’ll have to live without those. 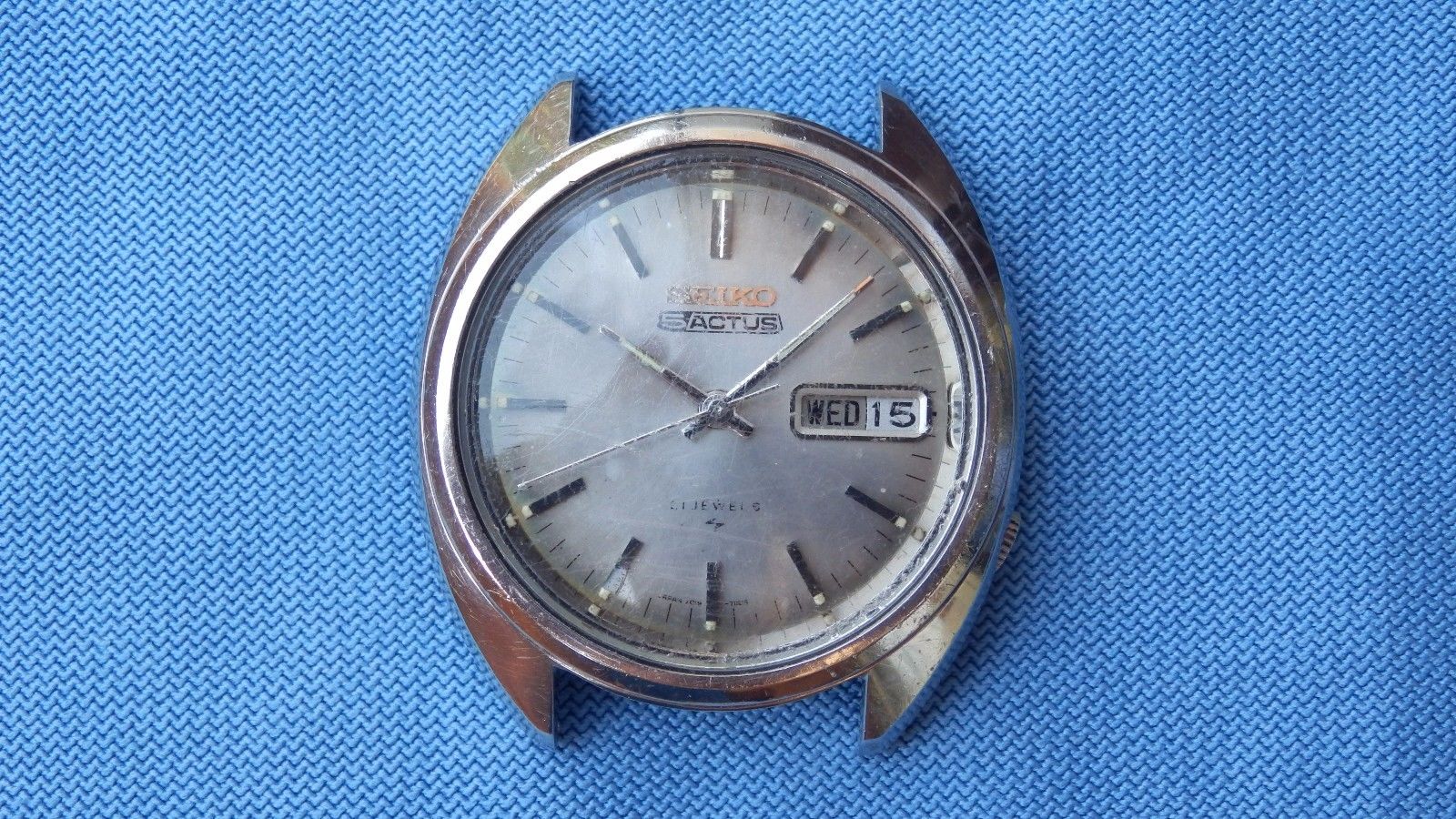 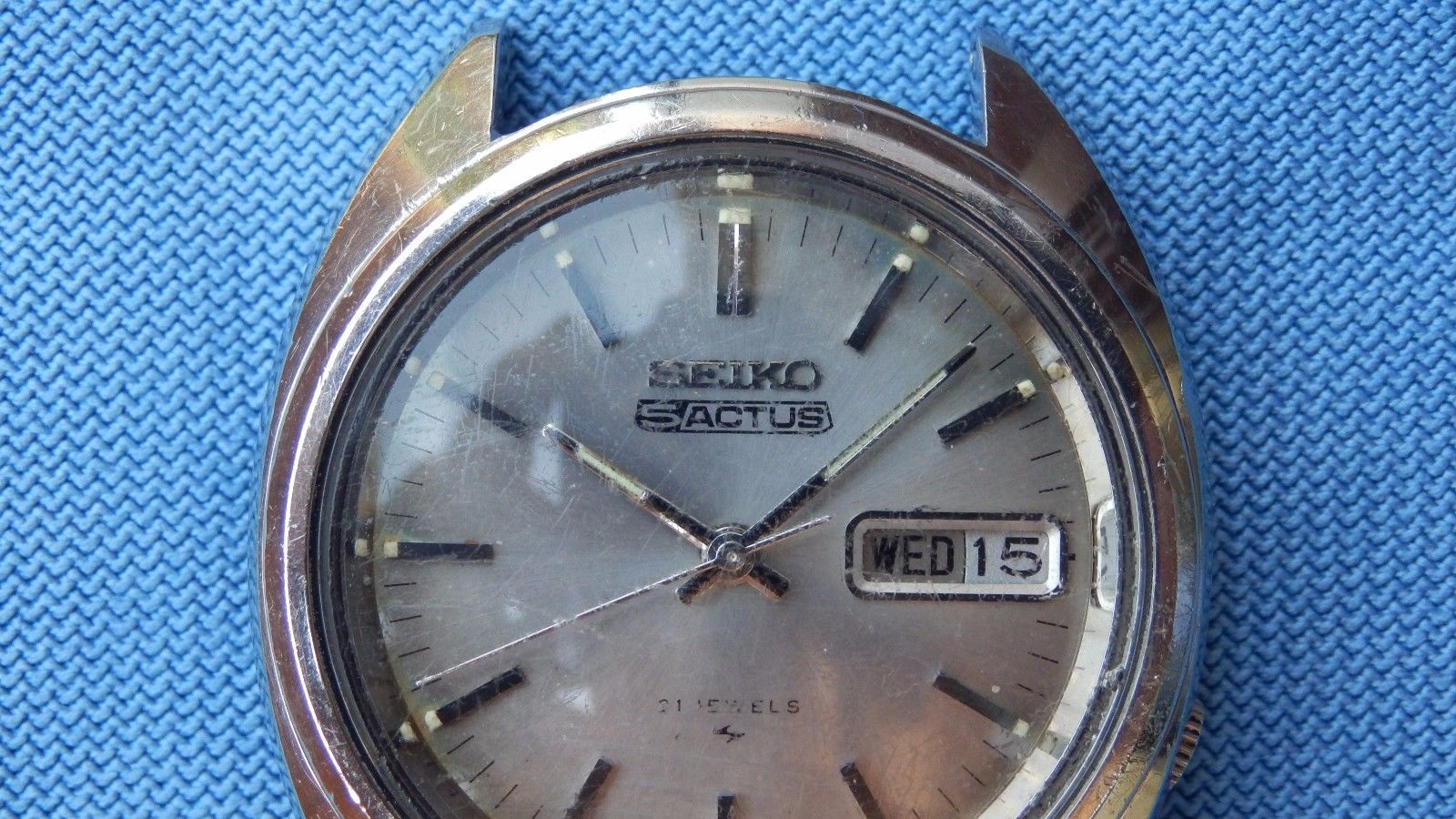 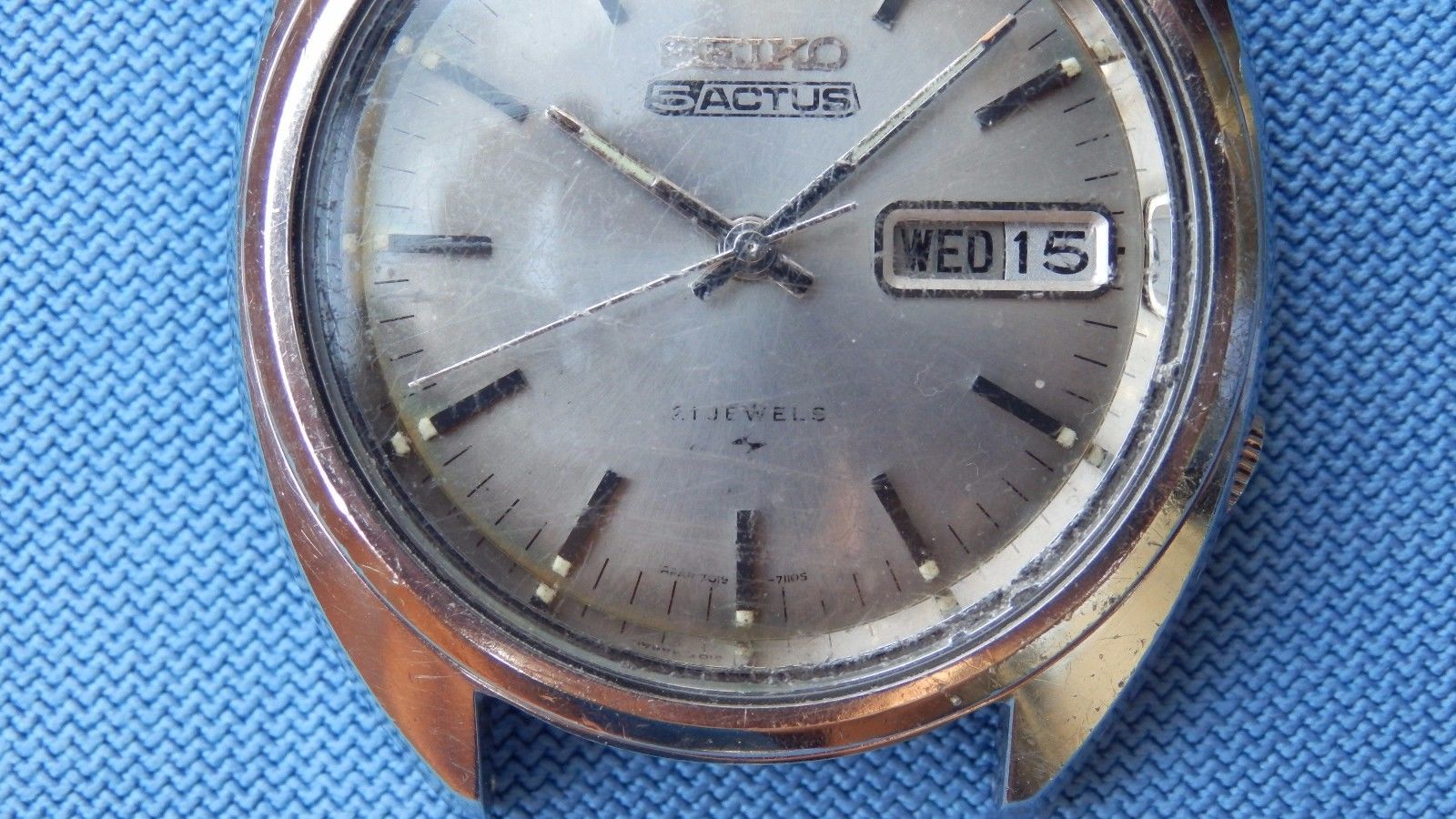 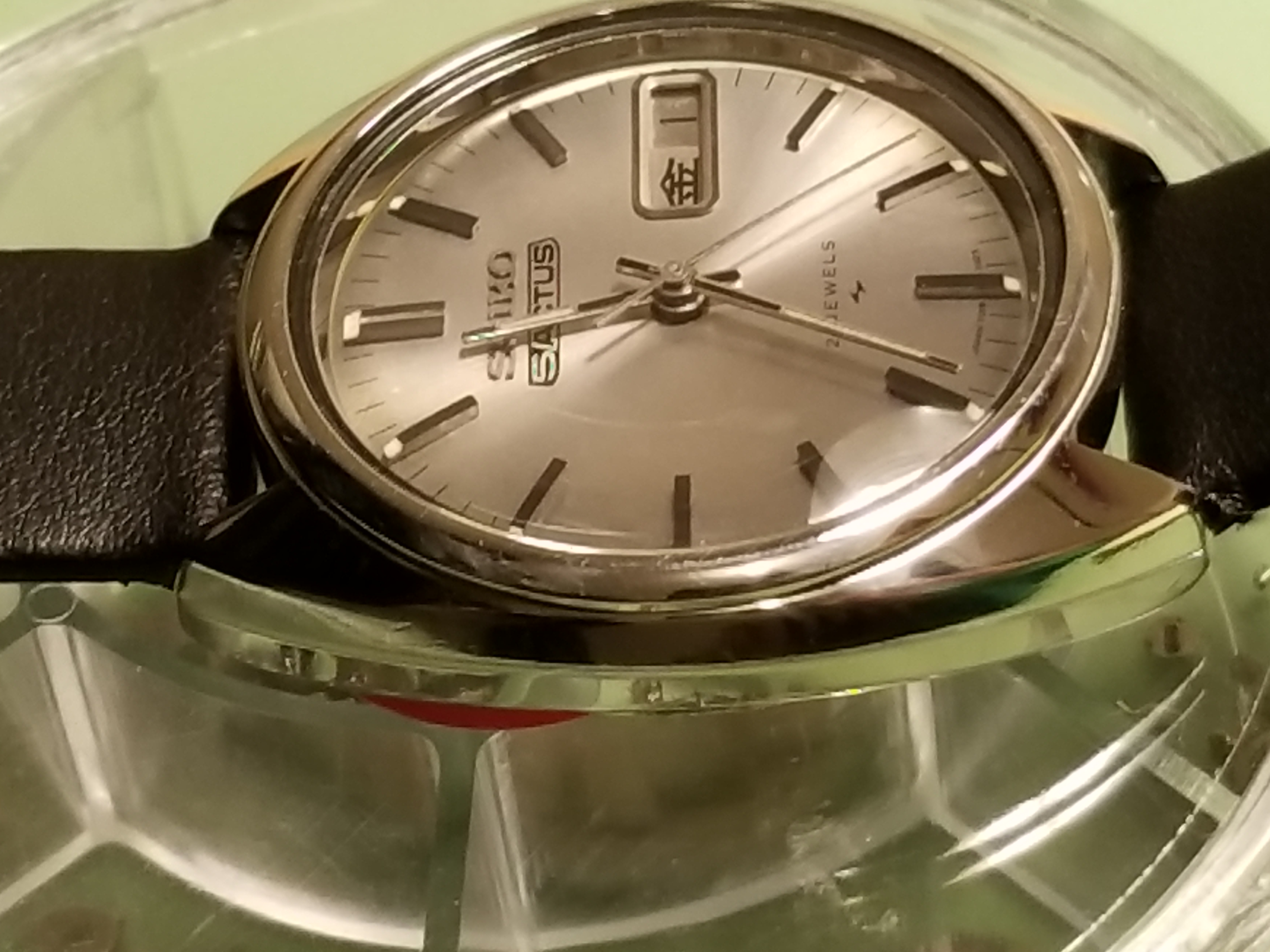 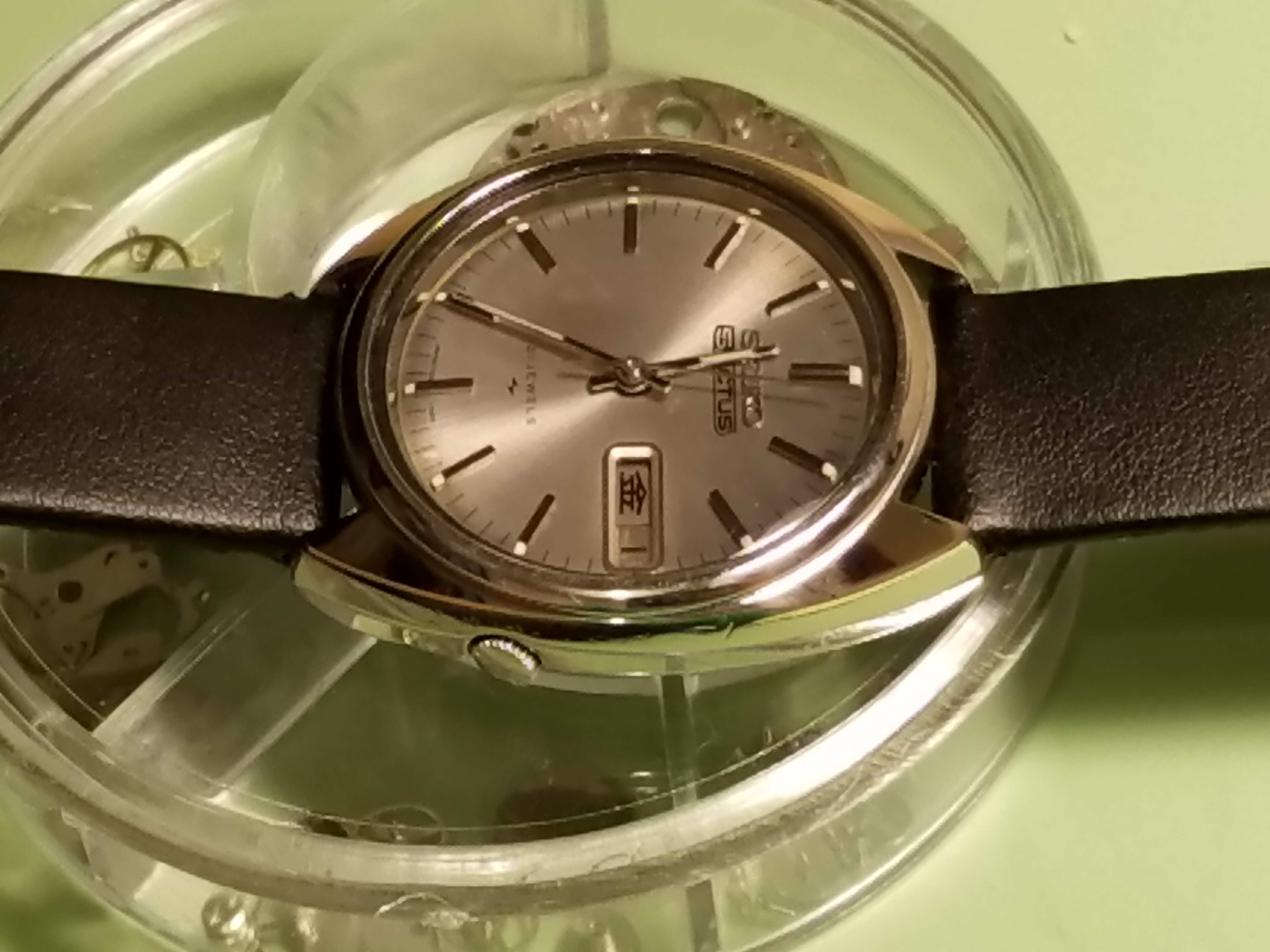 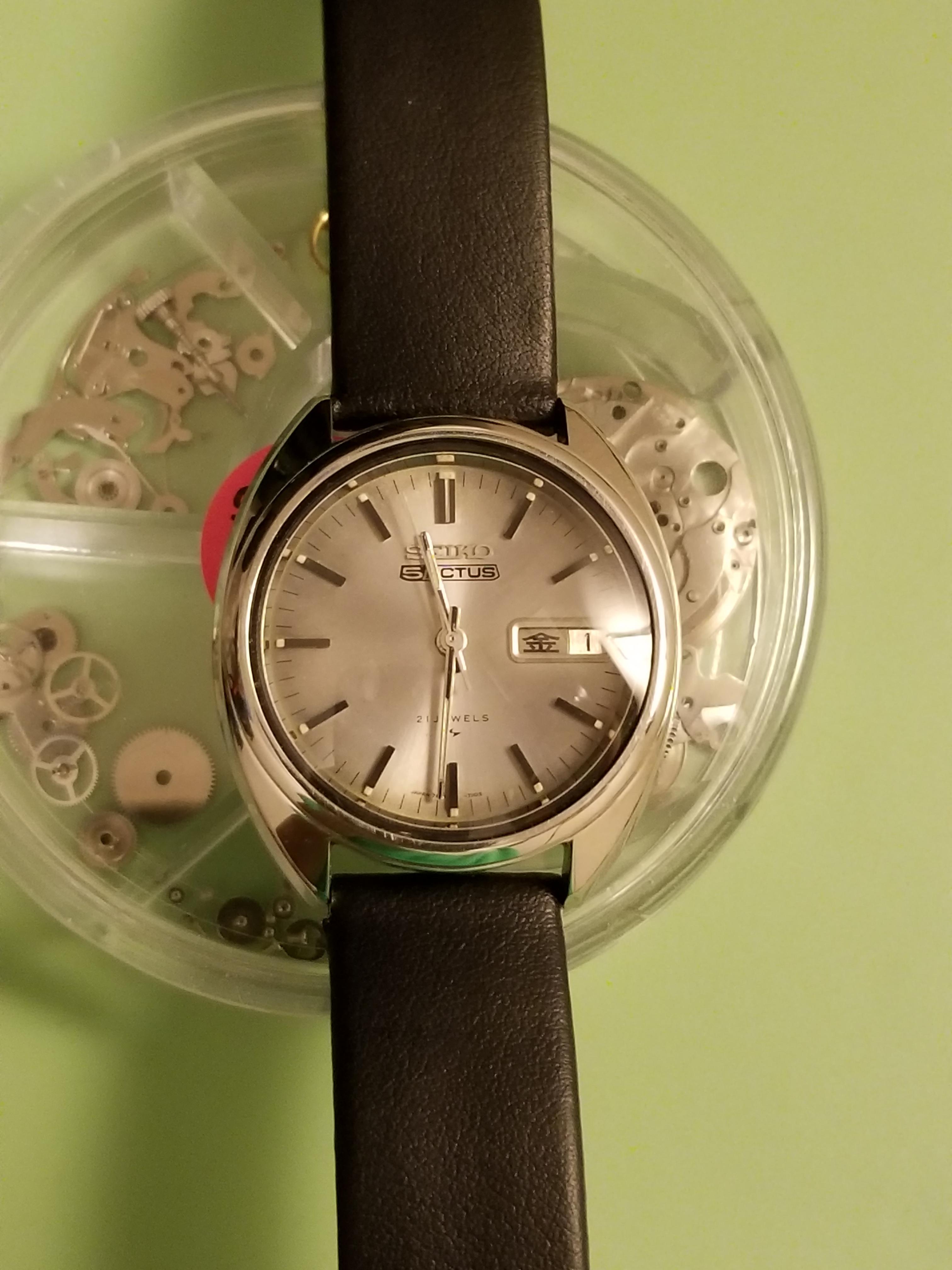