I like the silver dialed 7019-7060 that I cleaned up so much that I decided to pick up another one. Here is a before[left] and after[right] photo to start things out. The glass has a chip in it at about 12:20 but I felt it was not very distracting and I preferred the original glass so I decided to leave it as is. Aside from being cleaned up, the photo doesn’t show that it did not run a single tick before I began work but after complete it has been keeping time to about +2 seconds per day during testing in my winder. 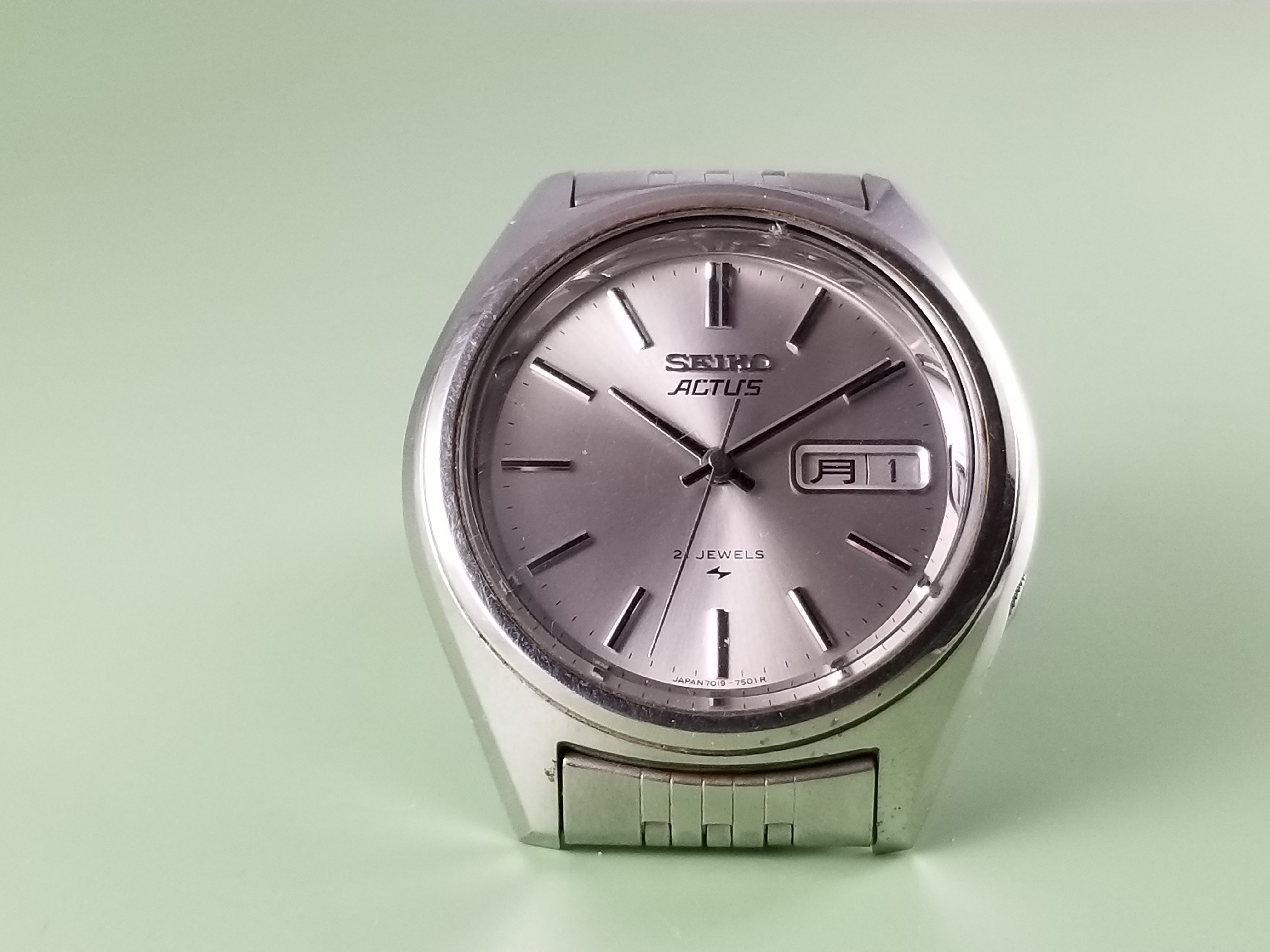 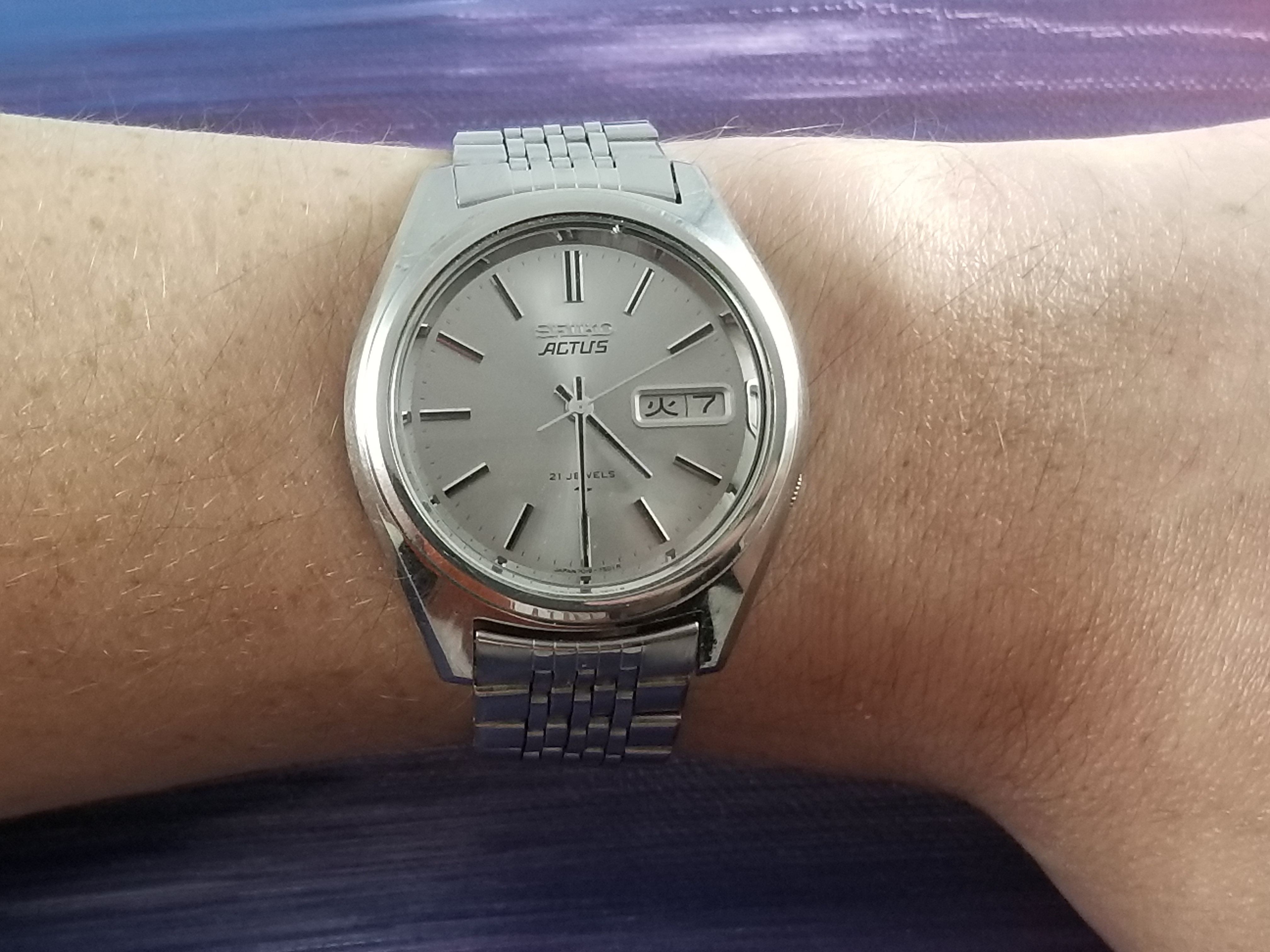 Here are some detailed photos of the original condition the watch was in. A few minor scratches, typical wear for its age, heavy layer of crust, but over all it looked pretty good. The only real problem I had was one of the springbars had seized up and was not simple to remove. I ended up having to bend the end link out of the way so that I could give that springbar the business.  I was sure the bracelet was ruined at this point. 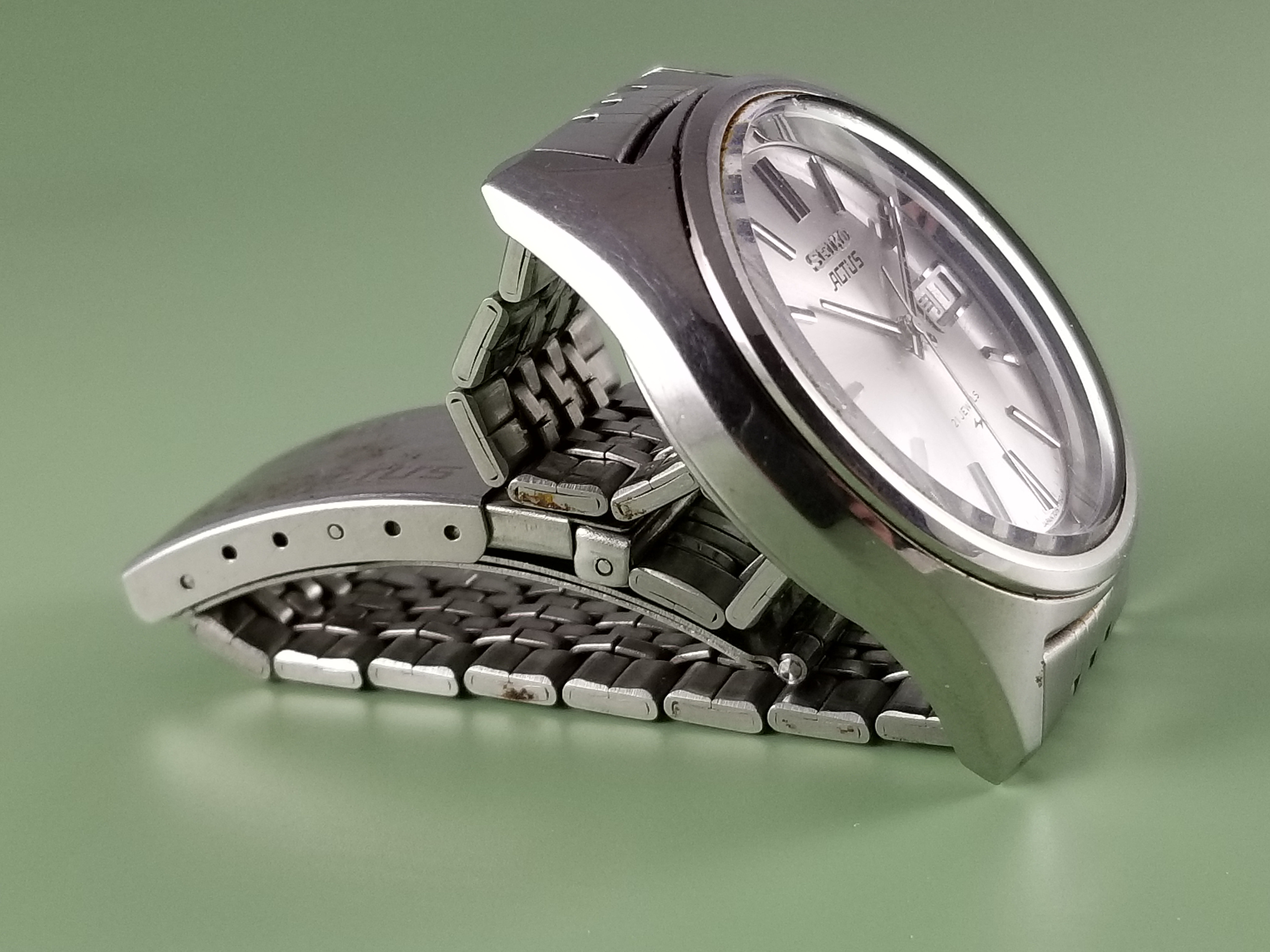 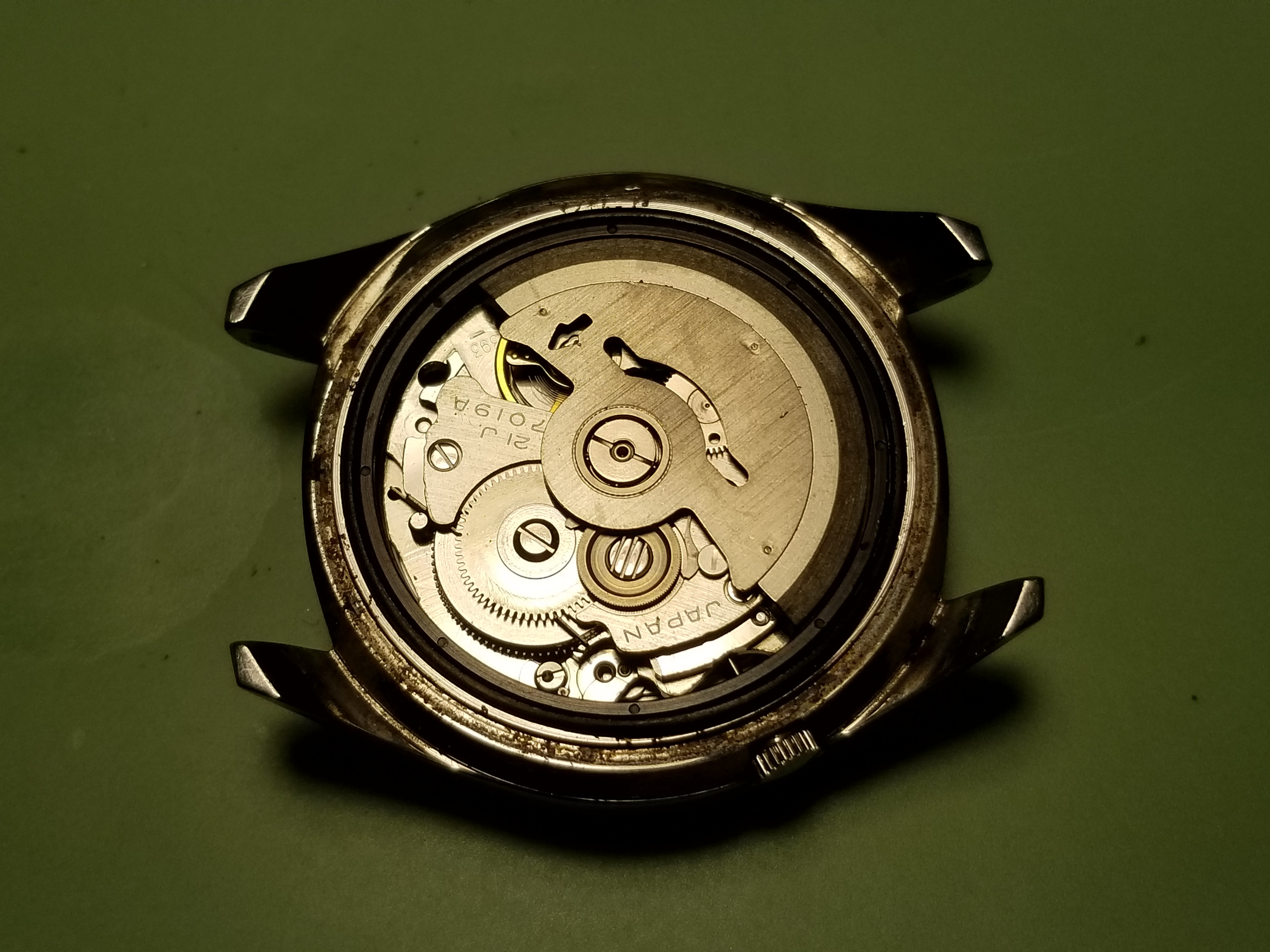 The case cleaned up nicely and I was able to save the endlink on the bracelet. A few of the links have some very minor rust but I decided not to polish it off with the intention of keeping this watch as original as I can. I am really happy with how it turned out. 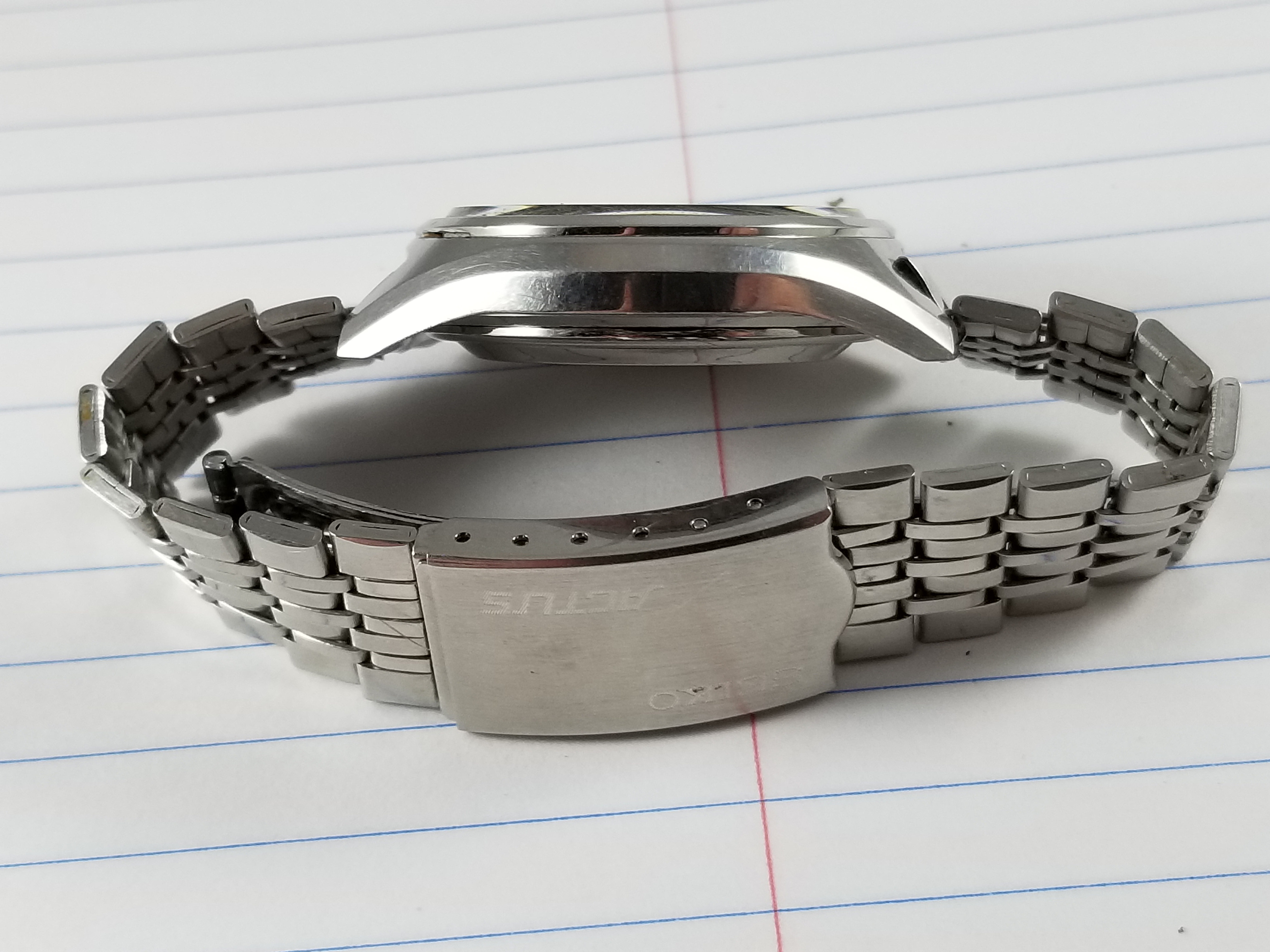 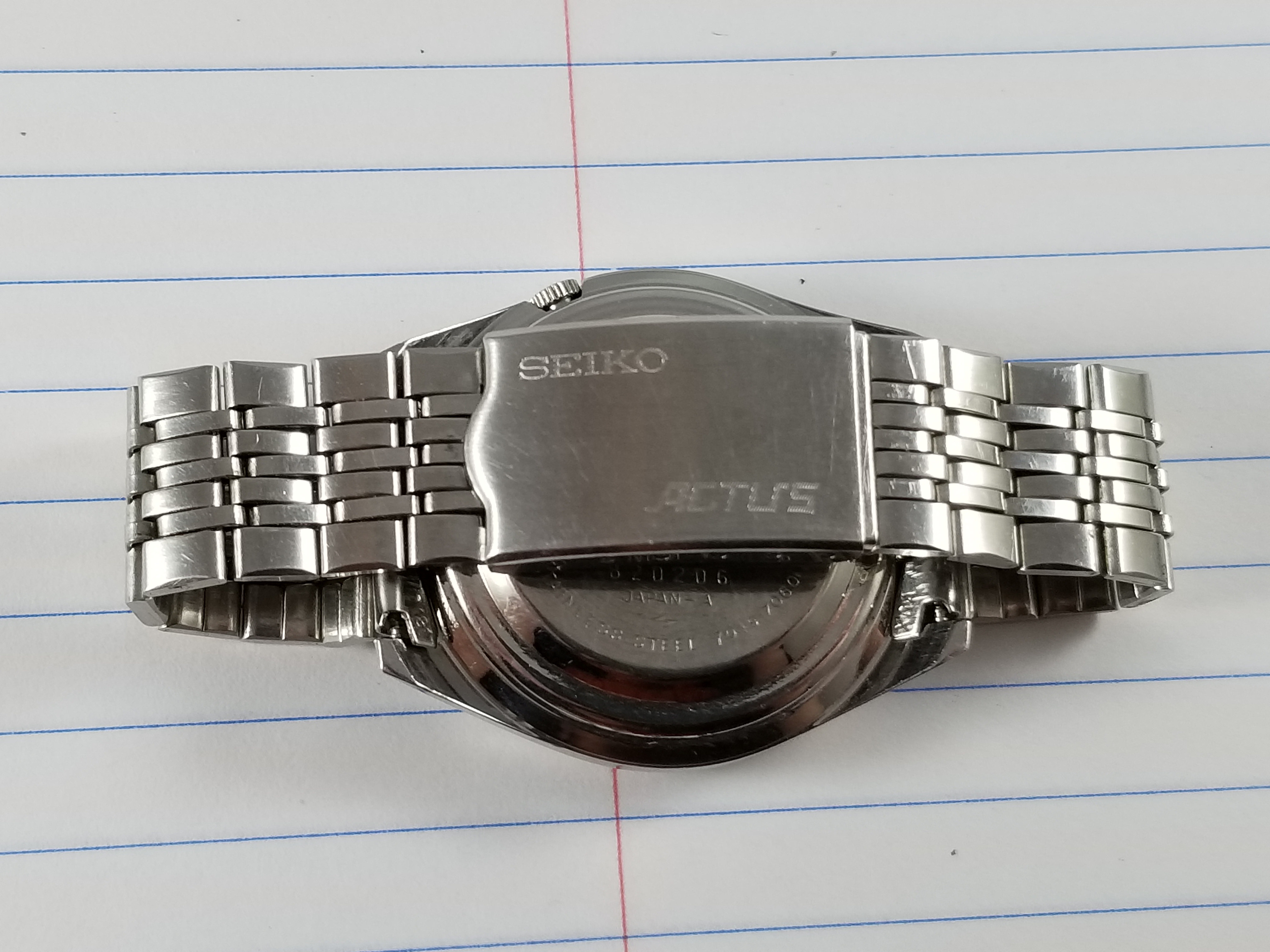 The movement was in pretty good shape considering it was not running. As I worked through the movement I discovered the mainspring had a good wind on it but none of the wheels would turn. I believe the watch was probably put away a long time ago and the oil dried up inside the well on most of the jewels. The escape wheel was the most dramatic example and the following picture points out the dried up oil on the lower pivot. 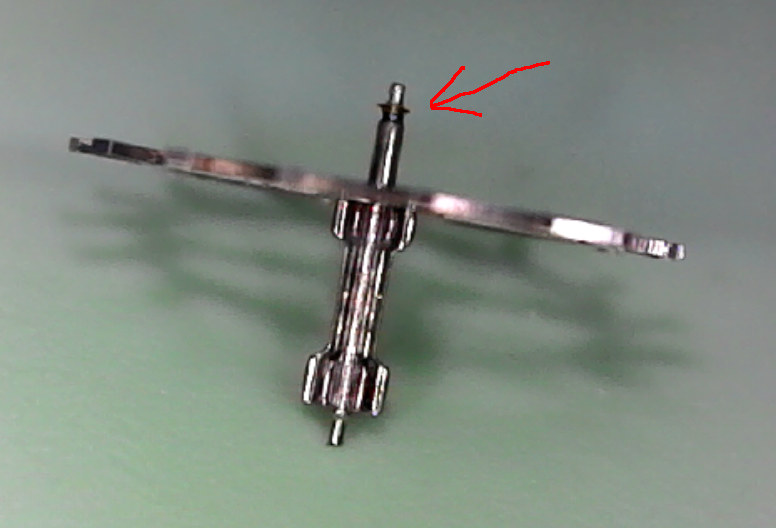 I forgot to snap a picture of that wheel cleaned up but here is one from a similar watch to give an idea of what that pivot should look like. 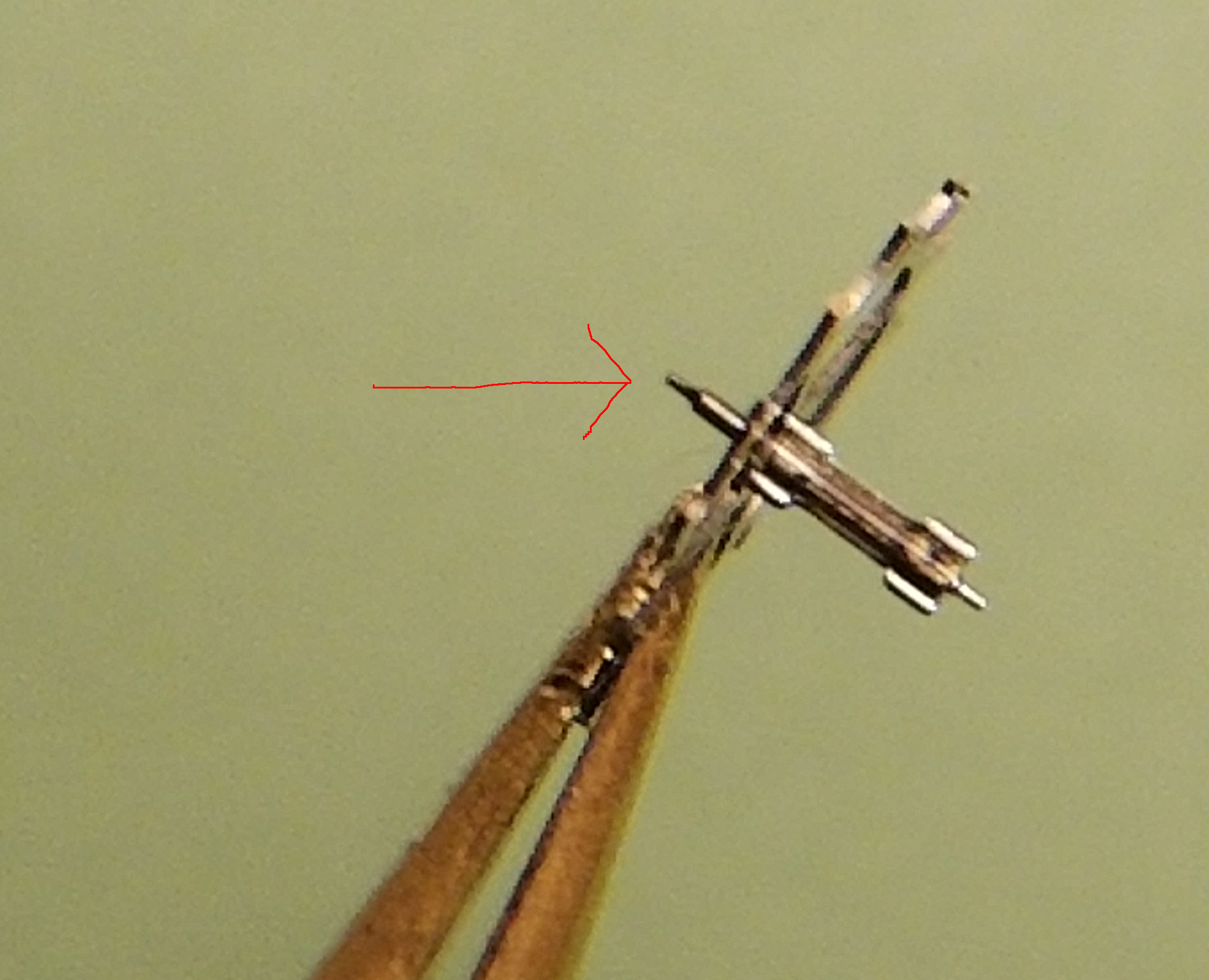 I replaced the mainspring, completed the cleaning, and began the process of regulating. I think it turned out to be a great 7019 movement and an attractive all original Actus!